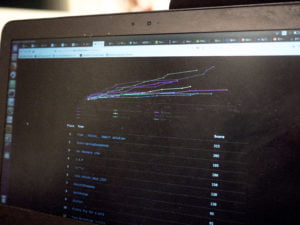 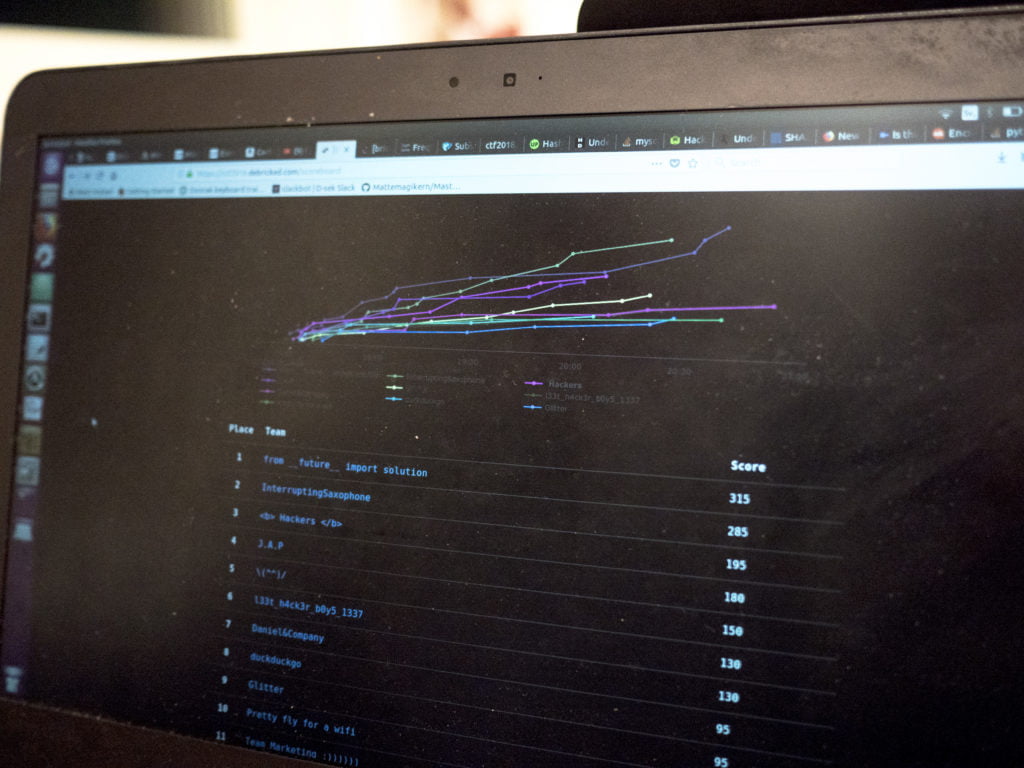 Debricked, in cooperation with the Department of Electrical and Information Technology, Lund University, hosted a Capture the Flag (CTF) competition for students at the university. The event attracted more than 50 students from 8 different programs, forming in total 17 teams. The evening consisted of food, beverages, snacks, but most importantly cybersecurity related challenges for the students to dive into and solve. The challenges were tailored to be suitable for both beginners and for more experienced people and all teams managed to solve at least some problems.

The CTF was given in jeopardy style, where the groups could choose from a collection of different challenges. The challenges covered well-known CTF topics, including cryptography, reverse engineering, pwning, web security and a miscellaneous category. The latter had challenges such as lockpicking, password attacks, and hardware security.

After a short presentation and walkthrough of rules and hints, the competition started. Each group found a suitable and comfortable spot in a study or computer room, grabbed some food and started combating the challenges. While most problems could be solved using a regular computer, some of them required physical vicinity to a piece of hardware. One even required them to take a walk through the campus in order to locate the flag.

The leaderboard shifted several times during the evening. When updates were frozen two hours before the end, three teams stood out as the most probable potential winners. Throughout the final two hours, all three teams were at the top position at least once, and with 10 minutes left of the competition, the “<b> Hackers </b>” successfully sniffed the WiFi for a flag worth 35p and passed “InterruptingSaxophone” for the top position. The final top three positions at the end of the competition were

This was the first CTF to be held at Lund University. The intention was to increase and stimulate the interest in cybersecurity among the students. Given the large number of participants, we believe that this goal has been achieved. We are already looking at the possibilities to make this an annual event and hope that we can attract as many students to the event in 2019.

Some challenges, including explanations will be given here on this blog during the next few weeks.